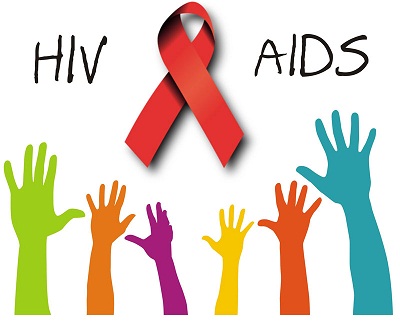 Now you can take advantage of HIV RNA Test also known as HIV Early detection test to make sure if you’re HIV positive or not.

All our STD Testing Centers in Orlando do offer HIV RNA testing service at a very affordable pricing.

HIV is a critical virus that slowly weakens your body and proceeds one toward AIDS and then towards death.

The virus cannot enter a human body easily. If an HIV infected victim’s body fluid enters another humans body, only then this disease can be transmitted.

There is no absolute cure for this disease. But scientists and researchers have come up with treatments that have the power to reduce the effect of this virus.

HIV or Human Immunodeficiency Virus is a lentivirus from the group of retrovirus that is the sole reason of HIV infection.

This virus further starts to reproduce and converts to AIDS. It alters with our immunity system making us more vulnerable to diseases and infections which becomes incurable.

As the syndrome progresses, the symptoms of the diseases starts to get worsen and ultimately towards death.

This virus is normally found in the body fluids of an infected person such as blood, breast milk, saliva and vaginal fluid.

This virus can be transmitted via many ways such as unprotected intercourse, blood transfusion and contaminated hypodermic needles. The treatment of this disease is still unknown. However, drugs have been created to suppress the effects of this virus.

A virus cannot reproduce in itself. It always needs a carrier to reproduce. Hence just like any other virus HIV infects cells of a living organism and causes our immune system to weaken.

It has a much complicated reproduction process than any other virus. HIV is a RNA virus but has the same structure of a DNA. Once inside the human cell, the RNA converts into a DNA and proceeds towards the nucleus.

HIV destroys our T-cells which forms our body’s immune system. Once the immune system is affected it weakens our body which eventually causes AIDS.

Our body loses its immunity system and becomes the home of so many other deadly viruses which can even turn into cancer.

What is HIV RNA Test?

There are so many tests available in Orlando that helps you to detect HIV at the earliest. These tests are called antibody screening tests.

HIV RNA test is one of such tests that take 7-10 days to detect HIV antibodies after unprotected intercourse and available in a test center you at Orlando.

RNAs are detectable sooner than antibodies, thus this test is preferred by many people. This test is normally used to monitor the progression in people already diagnosed with HIV. It also helps to provide us information about the viral loads of the people.

This test is also preferred by doctors as it helps to detect the virus even before it starts to produce antibodies and destroys our T-cells.

A normal blood test takes almost 3 months to detect the test and all other tests take almost a month to confirm thr test. However a HIV RNA test takes only maximum 2 weeks time to detect as it directly collects This test is used for

How does HIV RNA Testing work?

HIV is RNA virus. It is believed that this virus can stay ineffective for almost for 5 years. This enables one to notice the sign of its presence.

It may not produce antibodies for years for which others screening tests might come negative. Hence it’s better to look for this virus through an HIV RNA test.

Though HIV can be detected via other tests available, but this test helps to confirm the presence of the virus. The accuracy of this test is almost 99.89%. The virus can never be destroyed from our body after entering, so an early detection might help to keep it from spreading.

As stated earlier, complete prevention from this disease is tough to achieve. However, if the correct measures are taken as early as possible, the effect can be reduced to a minimum level.

It is said that prevention is always better than cure. Thus one should never have unprotected intercourse and should not use contaminated needles to avoid this disease.

A proper education regarding the disease is a must to help it keep on spreading and to help one understand the effects and to help everyone prevent from it.